At the request of Seven Towns, a UK company which manages, inter alia, intellectual property rights relating to the ‘Rubik’s Cube’, in 1999 the European Union Intellectual Property Office (EUIPO) registered the following cube shape as a three-dimensional EU trade mark in respect of ‘three-dimensional puzzles’: 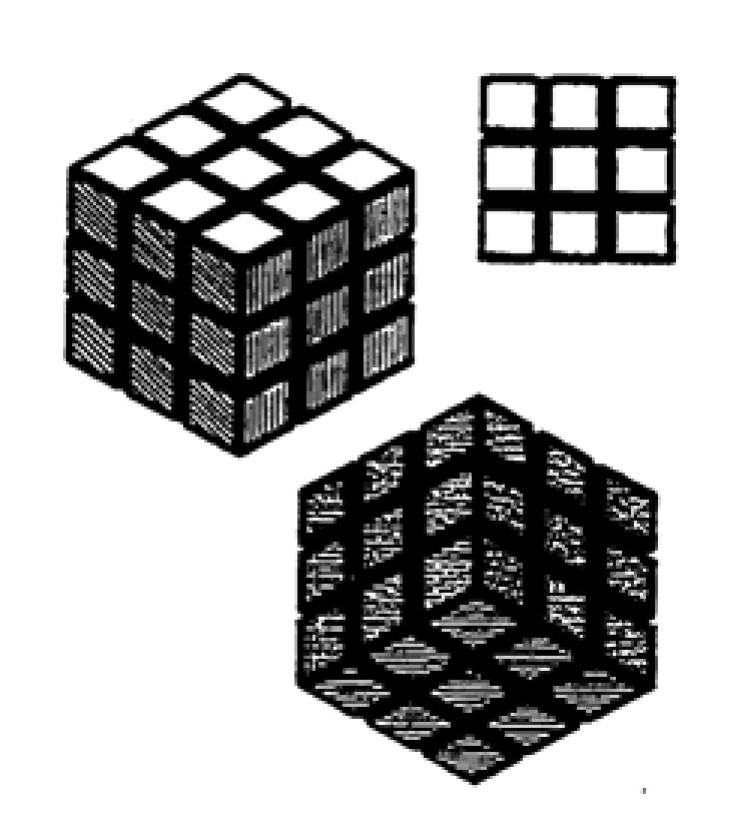 In 2006, Simba Toys, a German toy manufacturer, applied to EUIPO for a declaration of invalidity of the three-dimensional trade mark on the ground, inter alia, that it involved a technical solution consisting of its rotating capability, as such a solution may be protected only by patent and not as a trade mark. After EUIPO dismissed its application, Simba Toys brought an action before the General Court of the European Union seeking annulment of EUIPO’s decision.

By its judgment of 25 November 2014, the General Court dismissed the action brought by Simba Toys on the ground that the cube shape in question did not involve a technical function such as to preclude it from being protected as a trade mark. In particular, the General Court took the view that the technical solution characterising the Rubik’s Cube did not result from the characteristics of that shape but, at most, from an invisible mechanism internal to the cube.

Following the judgment of the Court of Justice, it fell to EUIPO to render a new decision taking into consideration the findings of the Court. By decision of 19 June 2017, EUIPO stated that the representation of the cube shape at issue revealed three essential characteristics, namely the overall cube shape, the black lines and the little squares on each face of the cube, and the differences in the colours on the six faces of the cube. In that context, EUIPO considered that each of those essential characteristics was necessary to obtain a technical result from an operation consisting in axially rotating, vertically and horizontally, rows of smaller cubes of different colours which are part of a larger cube until the nine squares of each face of that cube show the same colour. Given that the EU Trade Mark Regulation prohibits the registration of a shape whose essential characteristics are necessary to obtain a technical result, EUIPO concluded that the mark at issue had been registered in breach of that regulation and, accordingly, cancelled its registration.

Next, the General Court confirms the validity of the definition of the technical result included in the contested decision. In that context, the General Court finds, first, that the cube shape at issue represents the aspect of the actual product in respect of which registration was sought, in the present case the three-dimensional puzzle popularly known as the ‘Rubik’s Cube’. Second, the General Court observes that that product is a game whose purpose consists of completing a cube- shaped three-dimensional colour puzzle by generating six differently coloured faces and that that purpose is achieved by axially rotating, vertically and horizontally, rows of smaller cubes of different colours which are part of a larger cube until the nine squares of each face of that cube show the same colour.

As regards the analysis of the functionality of the essential characteristics of the mark at issue, the General Court considers, like EUIPO, that the essential characteristic consisting of the black lines which intersect, horizontally and vertically, on each of the faces of the cube, dividing each of them into nine small cubes of equal size divided into rows of 3 x 3, is necessary to obtain the intended technical result.

As regards the essential characteristic consisting of the overall cube shape, the General Court considers, like EUIPO, that the cube shape is inseparable, on the one hand, from the grid structure, which consists of the black lines that intersect on each of the faces of the cube and divide each of them into nine small cubes of equal size divided into rows of 3 x 3, and, on the other, from the function of the actual product at issue, which is to rotate, horizontally and vertically, the rows of small cubes. In the light of those factors, the shape of the product is necessarily that of a cube, that is, a regular hexahedron.

In those circumstances, the General Court concludes that, although the differences in the colours on the six faces of the cube do not constitute an essential characteristic of the mark at issue, the two characteristics of that mark which have been correctly identified as essential by EUIPO are necessary to obtain the intended result of the product represented by the cube shape at issue, with the result that that shape could not be registered as an EU trade mark. Therefore, the General Court upholds the contested decision and dismisses the action brought by Rubik’s Brand.