The General Court confirms that there is no likelihood of confusion between the collective mark HALLOUMI, reserved for the members of a Cypriot association, and the sign ‘BBQLOUMI’ which serves to designate the products of a Bulgarian company.

The Foundation for the Protection of the Traditional Cheese of Cyprus named Halloumi is the proprietor of the EU collective mark HALLOUMI, registered for cheese. An EU collective mark is a specific type of EU trade mark, capable of distinguishing the goods or services of the members of the association which is the proprietor of the mark from those of other undertakings.

Relying on that collective mark, its proprietor brought opposition proceedings against the registration as an EU trade mark of the figurative sign comprising the word element ‘BBQLOUMI’, which M. J. Dairies EOOD, a Bulgarian company, had applied for in relation to, inter alia, cheese, meat extracts, cheese-flavoured food products and catering services: 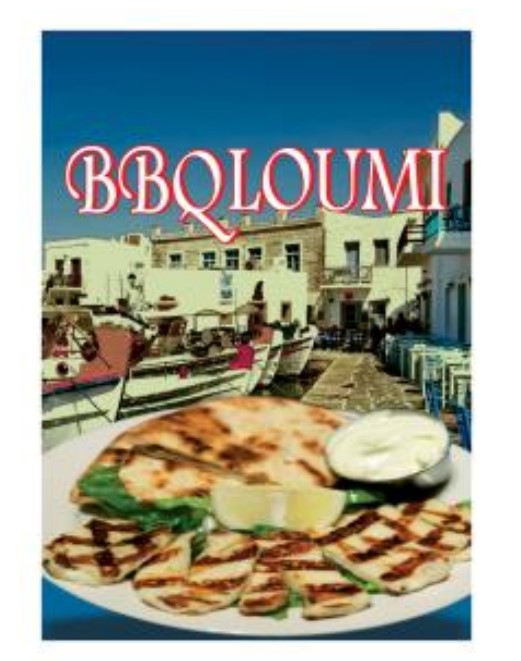 The European Union Intellectual Property Office (EUIPO), responsible for the examination of applications for registration of EU trade marks, dismissed that opposition on the ground, in particular, that there was no likelihood of confusion, for consumers, between the figurative sign ‘BBQLOUMI’ and the earlier collective mark HALLOUMI. The association then brought proceedings against that EUIPO decision before the General Court, which, after having found that the mark HALLOUMI had weak distinctiveness because the term ‘halloumi’ designates a specific type of cheese, also held that there was no likelihood of confusion.

By judgment, the General Court dismisses the Cypriot association’s action by holding that EUIPO was correct in finding that there was no likelihood of confusion between the signs at issue.

Concerning the similarity of the signs in question, the General Court states that the signs at issue share the element ‘loumi’ which has weak inherent distinctiveness for a large part of the relevant public who will understand it as a possible reference to halloumi cheese. Given that the attention of the relevant public will be drawn more to the initial part of that word element, namely the part ‘bbq’, owing to its position, rather than to the final part ‘loumi’, that latter part contributes very little to the distinctiveness of the mark applied for. Thus, the low degree of similarity of the signs in question is unlikely to contribute to the existence of a likelihood of confusion.

Moreover, the figurative element of the mark applied for also plays a differentiating role since the earlier mark is a word mark. That figurative element relates more to the concept of ‘barbecue’ than that of ‘cheese produced in a Mediterranean environment’ since it is not possible to state categorically that the foods represented are pieces of halloumi cheese.

Next, the General Court examines the degree of distinctiveness of the earlier collective mark and notes that it is weak. Consumers will not associate it with anything other than halloumi cheese, having regard to the fact that it refers to the generic name of that type of cheese, rather than to the commercial origin of the goods designated by it in so far as they originate from members of the Cypriot association or, as the case may be, from undertakings that are economically linked to those members or to that association.

Finally, the General Court holds that there is no likelihood of confusion for the relevant public as regards the commercial origin of the goods bearing the mark applied for. Even if consumers were to focus their attention on the element ‘loumi’, which is unlikely given its secondary position, and were to perceive the figurative element as a possible reference to halloumi cheese grilled on the barbecue, they will not establish a link between the two marks since, first, they will at most establish a link between the earlier mark and halloumi cheese, and, second, the marks at issue, considered as a whole, have only a low degree of similarity.