The marks must be compared as applied for and registered, without altering their orientation – The General Court dismisses the action brought by Chanel against the registration of a Huawei mark on the ground that the figurative marks at issue are not similar.

On 26 September 2017, Huawei Technologies filed an application for registration of a mark with the European Union Intellectual Property Office (EUIPO), inter alia, for computer hardware. The application was for the following figurative sign: 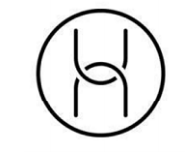 On 28 December 2017, Chanel filed a notice of opposition to registration of that mark on the ground that it bore similiarties to its own earlier French marks registered for perfumes, cosmetics, costume jewellery, leather goods and clothes:

By decision of 28 November 2019, EUIPO rejected Chanel’s application on the ground that the mark applied for by Huawei was not similar to those two marks, the second mark having been relied on as having a reputation, and that there was no likelihood of confusion on the part of the relevant public.

In it’s judgment, the General Court of the European Union dismisses the action brought by Chanel seeking the annulment of that decision.

As regards the likelihood of confusion on the part of the relevant public, with regard to Chanel’s opposition based on the first mark, the General Court points out that, in so far as the signs at issue are not similar, the other relevant factors for the global assessment of the likelihood of confusion cannot under any circumstances offset and make up for that dissimilarity and therefore there is no need to examine them.