In 2010, the Syrian company Modern Industrial & Trading Investment (Mitico) applied to the European Union Intellectual Property Office (EUIPO) for registration of the following EU trademark for beverages and food products: 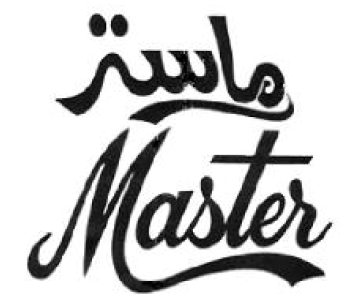 Coca-Cola then opposed the registration, relying, in particular, on four EU trade marks that it had previously registered for drinks:

In particular, Coca-Cola alleges that Mitico, commercially and on its website www.mastercola.com, used the trade mark MASTER in a form which was reminiscent of the Coca-Cola trade mark:

EUIPO rejected Coca-Cola’s opposition on the ground that the signs at issue were not similar and that there was therefore no likelihood of confusion between them despite the identity of the goods at issue. Moreover, EUIPO disregarded the evidence submitted by Coca-Cola in order to demonstrate Mitico’s intention to take undue advantage of the reputation of its earlier marks.

Coca-Cola having challenged EUIPO’s decision before the General Court, the Court annulled it by judgment of 11 December 2014 (Case: T-480/12 Coca-Cola v OHIM – Mitico (Master)). According to the General Court, the signs at issue had elements of visual similarity relating not only to the ‘tail’ flowing from their first letters ‘c’ and ‘m’ in a signature flourish, but also to their shared use of a font which is not commonly used in contemporary business life, namely Spenserian script. Having found that the signs at issue had a degree of similarity, which, although low, was sufficient for the relevant public to make a connection between the mark applied for and the four earlier Coca-Cola marks, the General Court held that EUIPO should have checked whether the use without due cause of the sign ‘Master’ took unfair advantage of, or was detrimental to, the reputation of the earlier Coca-Cola marks. Finally, the General Court held that EUIPO had erred in rejecting the evidence adduced by Coca-Cola.

In 2015, EUIPO took a new decision on the basis of the Court’s 2014 judgment. Coca-Cola’s opposition was again rejected, as the EUIPO found on this occasion that the evidence produced by Coca-Cola failed to establish the existence of a risk of commercial free-riding.

Unsatisfied with that new EUIPO decision, Coca-Cola once again brought an action before the General Court seeking an annulment of that decision.

By judgment of 7 December 2017 , the General Court upholds Coca-Cola’s action and annuls the decision of the EUIPO of 2015.

First of all, in view of the fact that the ‘Master’ sign is currently not used in the EU (Master goods being marketed in Syria and the Middle East), the Court considers that EUIPO was required to take into consideration the evidence relating to the commercial use of the sign ‘Master’ outside the EU in order to determine whether there was a risk that the future use of the sign in the EU would take unfair advantage of the repute of the four earlier Coca-Cola trade marks. In order to establish the existence of such a risk, it must be possible for a company such as Coca-Cola to avail itself of the use of a sign outside the EU as a basis for a logical inference relating to the likely commercial use which will be made of that sign in the event that it is registered in the EU. The Court considers in that regard that it can, in principle, be logically inferred from an application for registration of an EU mark that its proprietor intends to market his goods or services in the EU. In the present case, it is therefore logically foreseeable that Mitico, if it obtains registration of the mark applied for, intends to market its goods under the MASTER mark in the EU.

The Court goes on to state that the manner in which the ‘Master’ sign is currently used by Mitico outside the EU is likely to lead, prima facie, to a non-hypothetical future risk of unfair advantage in the EU, given that Mitico has not provided any specific information as to possible commercial intentions in the European Union different from those concerning Syria and the Middle East.

The General Court concludes that, in disregarding the logical inferences and probability analyses which may result therefrom as to the risk for Coca-Cola of free-riding in the EU, EUIPO erred in its assessment of the evidence relating to the commercial use of the ‘Master’ sign outside the EU.